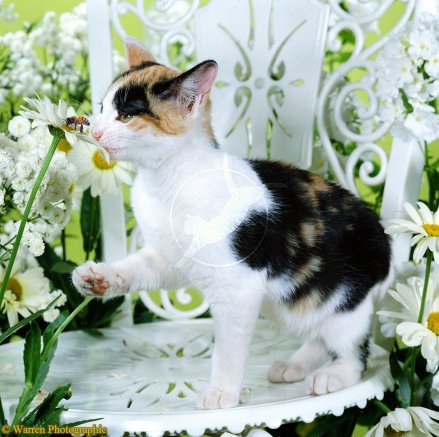 I am highly vocabularious. Not only do I use a lot of words (take a look around this blog if you doubt that), but I also use a lot of different words. This means that sometimes I have to explain the words I use, which, ironically, requires the use of more words.

I was talking with my friend Jenn last night, and in the context of describing the desirability of something (I don’t remember exactly what), I referred to it as “the bee’s knees”. When she looked at me like I was speaking Klingon, I explained that it was an old-time phrase, like “the cat’s pajamas”. I’m not sure whether I was experiencing a momentary past life regression (Disclaimer: I’m sure I wasn’t) or some sort of verbal time travel (Disclaimer: This seems perfectly reasonable to me). But I promised her I would write about the terms in order to explain them.

The term “the bee’s knees” dates back to the Depression, a time when people were very sad about the collapse of the world economy. Economic upheavals such as the collapse of the world economy can have serious consequences. People in places without agriculture, like big cities, were forced to subsist largely on a diet of apples and pencils, which were sold on street corners. Denizens of the Midwest weren’t so lucky. The days of Johnny Appleseed and Bob Pencilseed were long forgotten. Midwesterners were forced to live largely on a diet of dust, which was served to them in some sort of bowls.

One day, a particularly hungry Midwesterner was out walking in the dust, when he spied a beehive nearby. The bees were thriving, so he watched them as they went about their business. A bee would leave the hive and fly around until it found a particularly dust-resistant plant, and then go hang around checking out the local nectar bars. Now, bees have a slight static electrical charge. (Note: This is actually true. Scientists believe it is because beehives have shag carpeting.) As a result, pollen sticks to the outside of the bee. When the bee gets covered in pollen, it stuffs the pollen in little pouches on its legs and flies back to the hive, where it is mixed with bee spit to make honey. (Disclaimer: Some of the pollen is taxed away by the queen, who uses it to make jelly, which is only given to other queens. This has given rise to the Bee Party Patriot movement.)

Our intrepid Midwesterner (remember him?) saw this process of gathering pollen and producing honey, and had an epiphany. “Hey!” he said to himself. “Honey has bee spit in it! Yuck! I’m getting into the pollen business! It’s got to taste better than dust!”

So he ran home, dragged his feet across the shag carpeting in the living room to build up a static charge, kissed his wife, and set out to gather pollen. Unfortunately, when he kissed his wife, he shocked her on the lips and dissipated the charge. Trying again, he built up another charge, omitted the wife-kissing part, and set out, whereupon he shocked himself on the doorknob.

Thinking about it, he realized that bees had neither kissing nor doorknobs, which made them perfect for gathering pollen. So he decided to let the bees attract the pollen, and then steal it from them during the grooming process. But a new problem arose: bees don’t hold still long enough to be groomed. (This is why you don’t see bee groomers any more.) It was much easier to let them groom themselves, and just steal the little sacs of pollen off their legs. It turned out that the bee’s knees were the best part of the bee, and the pollen industry thrived until the Depression ended, and PETA shut them down for cruelty to bees. And thus was born the legend of Tony Pollenseed.

The term “the cat’s pajamas” traces back to the same era. In olden times, dating back as far as yore, cats brazenly walked about naked. That was all well and good for your average lion or tiger, who went out mostly at night, and were generally only seen by people who were too mauled to complain afterwards.

By the 1890’s, domestic cats were found in many homes. Being nocturnal, cats tend to hunt at night and sleep during the day. Well, Victorian society was appalled by this sort of flagrant cat nudity (a leading cause of the Great Vapors Epidemic of 1894), so it was determined that house cats would be required to wear pajamas while sleeping indoors, so that decorum could be maintained. By 1922, nude cats were relegated to speakeasies and other houses of ill repute.

With the coming of the Great Depression, the bottom fell out of the cat pajama market (so to speak). Average people were forced to cut back on feline sleepwear as increasing portions of their meager income were consumed on apples, pencils, and pollen. America briefly flirted with the idea of cat nightshirts, but they never caught on because a) cats sleep in the day, and 2) the little nightcaps kept falling off their heads.

So cats went back to being naked, and the term “the cat’s pajamas” came to represent a form of luxury that sadly was no longer within the reach of most people.

I hope that clears things up, in a vocabularious way.

One thought on “The cats and the bees”