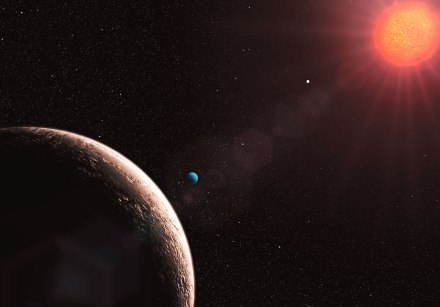 In tectonic secrecy news, researchers report that continents on alien worlds could hint at extraterrestrial life, but won’t.

The oldest signs of life found are about 3.5 billion years old, and have started to turn brown.  New findings suggest that any continents astronomers find might hold signs of fresh extraterrestrial life, but most alien continents clam up when asked about it.

The tidbits of information researchers have been able to fish out have been frustratingly imprecise.  One continent made a vague reference to the possibility of evidence “on Kepler-something, or maybe it was Gliese”.  Astronomers estimate that approximately every object outside our solar system is named Kepler-something or Gliese-something.

Attempts to convince Earth’s continents to act as mediators have largely been rebuffed.  One frustrated scientist commented, “We’ve asked for a little help, but every time we try to talk to South America, the Andes Mountains keep jumping in front of the camera.  And the last time we even suggested talking to Europe, Asia got all bent out of shape, claiming that Europe wasn’t a real continent, but simply part of Eurasia.”  The scientist requested anonymity because he was from Atlantis.

Stanford geophysicist Norman Sleep, who did not take part in the research because he had to be up early the next morning, told reporters, “If not for Life, Earth may not have possessed the continents it does now.  Microbes even helped turn smectite into illite.  You would think there would be a little gratitude, a little quid pro quo, but no dice.”

Life and contintents have a complicated relationship.  While the Earth admits that there would be very few continents without life, some continents focus on the negatives, and get all spun up about biological weathering whenever the subject of Life comes up.  North America in particular won’t shut up about “subduction zones” and “lichen acid” that happened billions of years ago..

Planetary scientologist Tilman Spohn of the Institute of Planetary Counseling seemed disappointed by the lack of intercontinental cooperation.  “We Life thought everything was fine.  We had a great Oxidation Event 2.4 billion years ago, and except for Kevin Costner, most of Life has spent years keeping Earth from being a water world.  So on the surface everything was good.  However, much less is known about whether Life has had any effects on the deeper interior of Earth.  If we did something wrong, I wish Earth would have spoken up.”

Spohn believe that local continents are trying to cover up Earth’s own bad relations with the universe.  “Earth is currently the only planet in the universe that has liquid water, not to mention significant levels of oxygen. Plus, we live in a habitable zone, while many continents struggle to get by in recycled subduction zones. Some alien continents are just jealous.”

Researchers continue to sift through garbage cans on various Glieses (pictured above) for clues about their continents.  They hope that if they can’t get any spoilers about interstellar life, they might at least find out what smectite and illite are.

(Click on a Gliese, any Gliese, to read the original story.)