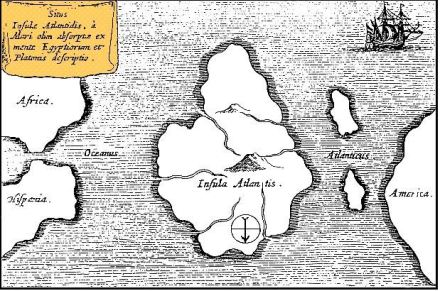 In mythological maritime metallurgy news, scientists announced that a pile of wet metal on the floor of the Mediterranean means maybe Atlantis is real.

Scientists located a shipwreck off the coast of Sicily containing 39 ingots of orichalcum, a metal so unique that it only exists in the imagination of Greek philosophers.

According to Sebastiano Tusa of Sicily’s Sea Office, “The wreck dates to the first half of the sixth century.  It was found 1000 feet from the coast at a depth of 10 feet.”  Until recently, humans have not been able to explore the ocean deeper than about 7’2″ without getting their hair wet.

“Nothing similar has ever been found.  We knew orichalcum from ancient texts and a few ornamental objects, but those got put in a box when me moved the Sea Office to Sicily last spring, and nobody knows where it went.  My favorite coffee mug was in that same box.  If you happen to find it, let me know.”

The real metal is a brass-like alloy.  The metal found by the Sea Office is an alloy of dilithium, kryptonite, and flubber.

One oceanographer involved with the discovery indicated that the shipwreck was over 2600 years old.  He was granted anonymity when casual observers determined that for a 6th century wreck to be 26 centuries old, the discoverer would have to be a time traveler from the 32nd Century.

Plato’s account of Atlantis was written around 360BC.  Many argue that Plato’s tale of the sunken city is fiction meant to illustrate his political theories that global warming was caused by people living on a giant hidden continent 1000 feet off the coast of Sicily.  The ingots offer a tantalizing hint that Plato’s stories of Atlantis might have been an attempt to manipulate the Aegean orichalcum futures market in the first quarter of 359BC.

Plato described Atlantis as glittering “with the red light of orichalcum”, a common sight in Atlantis’ seedy red-orichalcum-light district.  He later claimed that he had never been there himself.  “A friend of mine told me about it,” he told ancient Greek reporters at a news conference.

The philosopher wrote, “It was a way to the other islands, the ones that don’t have names, and from these you might pass from the nonexistent land of Hyperia (see map above, bottom left) to the undiscovered continent of America (right), named after the not-yet-born Amerigo Vespucci (not pictured).”

Click here to explore the original story for yourself.